The Hong Kong Rugby Union’s (HKRU) men’s national sevens team has kicked off its preparations for the upcoming HSBC World Rugby Sevens Series qualifiers, held as part of the Cathay Pacific/HSBC Hong Kong Sevens, with a training camp in Fiji ahead of this weekend’s Coral Coast Sevens.

The week-long tour features an intensive training camp ahead of this weekend’s Coral Coast Sevens tournament, which features some of Fiji’s top sevens clubs, along with Germany and invitational sides from Australia.

In the run-up to this weekend’s tournament, the squad will also train with Olympic gold medallists Fiji, under new coach Gareth Baber – who accepted the position at the end of 2016 after coaching Hong Kong for three years, with the Fijians preparing for the Wellington Sevens (28-29 January).

“The tour marks the start of our preparations for the World Series qualifier in April and provides an excellent opportunity to help transition the players from fifteen-a-side to sevens mode. It also gives the coaches an opportunity to see where we are as a group at the moment,” said Dai Rees, General Manager of Rugby Performance at the HKRU.

“The Coral Coast tournament will expose the squad to some world-class sevens, with the Fijian sides in particular featuring a lot of players who either already have World Series experience or are on the cusp of making the Fiji team, so it is really a perfect build-up for us,” Rees added.

“We will be looking at how all of the players take to their roles and responsibilities and aiming to expose the group to some much-needed tournament experience as we haven’t played since the final Asian Sevens Series event in October,” Rees said.

“Everyone is fit and ready and we want to get an early introduction to the physicality and pace of sevens to start our build-up. The Coral Coast Sevens provides an excellent opportunity to do that,” Rees added.

After arriving on Monday, the team has acclimated well according to Rees: “It’s been really good so far. The boys are focused and this is an ideal situation for us. There isn’t much luxury on offer, but having said that this is where Fiji trains, so the gym and pitch are world-class. It’s a bit rustic and not very luxurious, which is good for the players to help them adjust to what is ahead.

“We’ve also been able to catch up with Gareth [Baber] this week and he is bringing the Fiji team into camp alongside us, which creates even more opportunities for us to get some exposure to elite sevens.”

Hong Kong will hit-out against Fiji in a series of warm-up matches as both sides prepare for their upcoming competitions.

The group in Fiji includes most of Hong Kong’s senior squad members alongside some interesting new faces. Charles Higson-Smith is on his debut sevens tour, continuing a fruitful exchange between the sevens programme at the Hong Kong Sports Institute and the HKRU’s Elite Rugby Programme (ERP).

Higson-Smith is the latest ERP member to potentially be seconded to the sevens squad, after Hong Kong called up James Cunningham, Toby Fenn and Ryan Meacheam for the 2016 Hong Kong Sevens. The physical winger combines impressive size with good ball handling and speed (he plays on the wing in fifteens), and will take up a forwards role in Fiji.

“He has been training as a forward, similar to Max [Woodward], who plays forward at sevens,” said Rees of Higson-Smith. “He has a lot size and skill and Jevon [Groves] saw potential in using him as a big forward in sevens. The tour will give him an opportunity to prove he can adapt to sevens and play a similar type of role, a big ball-carrying role, in the same ilk as Max.

“We’re eager to see how he goes and believe this week will be a real asset for him as one of the players trying to transition between fifteens and sevens,” Rees added.

Fenn and Cunningham are also both in Fiji with Fenn joining the squad for the first time since being injured during the Asian Sevens Series.

“We had a good look at both of them last year,” said Rees. “They play similar roles, high work rate players who are good over the ball. Toby is coming back from injury and joined the programme at the HKSI on a full-time basis this month. He has decided to up his commitment and we have high hopes after seeing him play in Hong Kong last year,” Rees noted.

Former U20s sevens player Eric Kwok Pak-nga has also been included in the touring party as the young talent continues to develop his skills and strength at the HKSI. 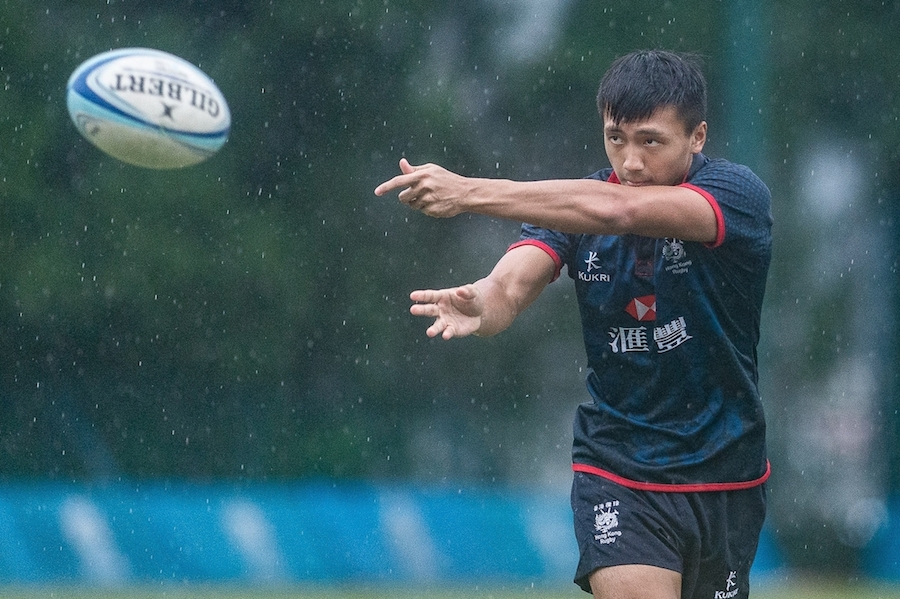 “Eric is starting to show the benefits of his time at the HKSI. He has matured a lot physically and now looks like a senior athlete. Salom [Yiu Kam-shing] has taken him under his wing. They are rooming together in Fiji and Salom is helping to mentor him a bit having been there and done that already.

Kwok’s U20s team mate, Jason Jeyam is also in Fiji after making his Hong Kong debut in both sevens and fifteens last Autumn.

“Jason has handled everything we’ve thrown at him over the past six months. He’s an exciting player and has shown his commitment by returning from university to play for Hong Kong. We want to get him more pitch time and this is the perfect opportunity,” Rees added.

Jamie Hood has also re-joined the squad in Fiji from Japan where he is playing with the Ricoh Black Rams in the Top League. With the close of the fifteens season in Japan, Hood will return to Hong Kong with the squad following the Coral Coast Sevens.

“It’s great to have Jamie back. He’s a former captain and is fully fit off the back of a good season in Japan. He will come back to Hong Kong with us and rejoin the sevens squad at the HKSI.

“It will be his first sevens action in a while after he missed the Asian Series due to his Japan contract but having a player of Jamie’s calibre return to the squad adds to the competitive pressure on places that we want to create,” said Rees.