The following article about has been kindly submitted by Owen McCaffrey,  of Korea Recently the Korea Rugby Union invited the Uzbekistan Women’s team to a joint training camp from 21-30 August 2017 to train and prepare for the upcoming Asian Women’s Sevens Series beginning in Korea on 14-15 September. Both teams enjoyed superb facilities, some erratic weather, friendship and the beautiful surroundings of Incheon Korea. #ARW7s

The Seongdo Sports Centre fields used by the players were situated by the sea near Incheon Airport on newly reclaimed land. Players trained twice a day, alternating between morning and afternoon field sessions, gym session and rest and recovery periods.

“The hot and humid weather made it hard to train” said Yuliya Ignatenko, Captain of the Uzbekistan team, but when I met the players after practice they were happy and joking around after just completing a practice game against the Korean team in the hot Korean sun. For the young Uzbekistan Women’s rugby team – most are under 20 years old – this was their first major overseas experience. Team captain Yuliya Ignatenko felt it was good for her team, “I think this is a very good stimulus for the players who have joined the new team, which will help strengthen the team”. Uzbekistan National Coach Asad Gulmayov was full of praise for the Korean Rugby Association saying, “There is little opportunity for Uzbekistan to play with other teams and it is economically burdensome to travel overseas, so receiving this invitation from Korea to train together has given us both practical training and game experience and been a big learning experience for us.” Both teams have a number of talented crossover athletes. Nineteen-year-old Uzbekistan forward Ayzada Yusupova from the Nukus City in Uzbekistan boasts six years of hand-combat experience, two years of boxing experience and a cabinet full of national medals to show for it.  She was recommended to play rugby by her cousin and she likes it because it is “Interesting, we are like one family, one team”. Hyesoo Jang, a graduate of Seoul’s Ewha Women’s University took up boxing as a teenager and had been boxing six years and gained her pro-boxing license when her high school teacher introduced her to rugby. Now just 22 years of age, her lofty ambition is to “grow the women’s game in Korea and develop more teams”. 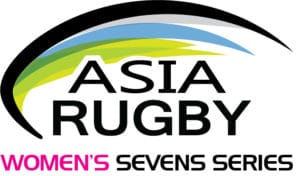