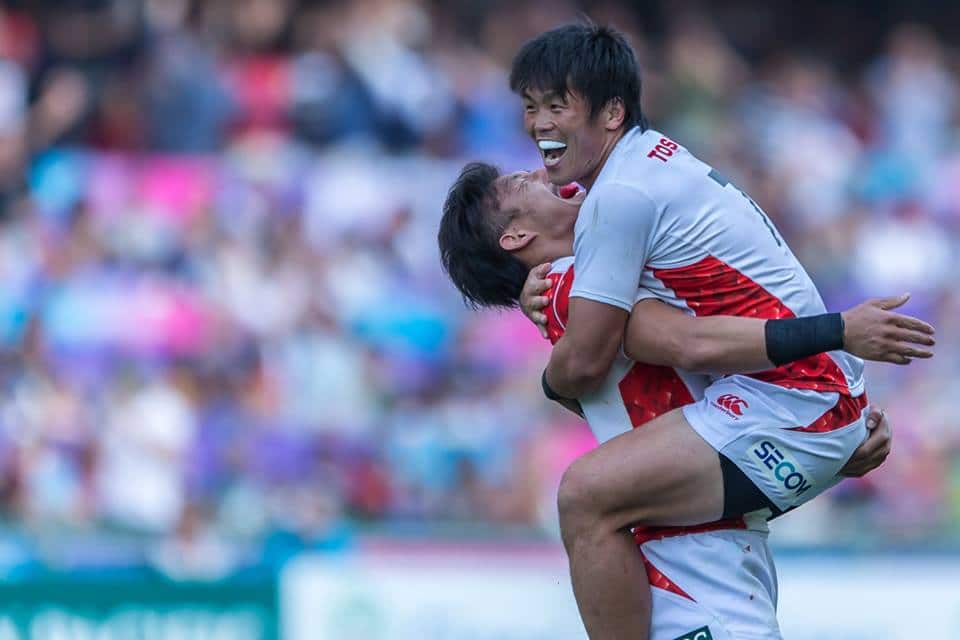 Alongside the main Hong Kong Sevens, two qualification tournaments took place for a spot on both the men’s and women’s 2018/19 World Rugby Sevens Series.

With 12 teams in each from all six unions both competitions were hotly contested and, with just one spot available, full of drama, excitement, heartbreak and elation.

For rugby in Asia, however, it was a successful weekend with both competitions being won by countries from the region – China in the womens, and Japan in the men’s. “To have Asian teams win both competitions in Hong Kong to join the World Series sends out the ultimate message to Asia’s rugby community that we can compete at the elite level.

“They are an example to aspiring youngsters of the pathway available for the very best.”

China beat South Africa in the final and won all six of their matches in an impressive two days of competition while Japan bounced back from a defeat in their pool to claim victory in this competition for the second time.

They beat two of the pre-tournament favourites Ireland and Germany in the semi-final and final after the final hooter had sounded.

“China are now clearly ready to be in the women’s series on merit,” added Hussain.

“They are technically professional players and the overseas coaching expertise they have brought in over the past few years is now enabling them to realise their undoubted potential.

“Their excellent passing skills were complimented by one of their new cross-over athlete froms track – their X-factor all weekend and very own Perry Baker. “Japan had a very tough run to the final, and may not have made the final if Ireland hadn’t knocked the ball on with the try line begging late in the second half.

“But the task for them is now to stay in the World Series and not be a Yo-Yo team again. They need to replicate their 2016 Olympics form where they finished fourth, on the circuit. We’ll do our best in our own competition planning to help them to do that.

With China and Japan both winning, there was also valuable experience for Kazakhstan, Hong Kong and Korea who all played their part in a festival of rugby ahead of a busy year for rugby in Asia.

“Kazakhstan and Hong Kong women losing to eventual winners China by just one and two converted tries respectively shows that they are not far off the pace.

“On the men’s side, Hong Kong will be disappointed with their two one-point losses in matches they could have won in the qualifier tournament.

“Despite some big losses against the sevens elite, Korea will have gained valuable experience and will be one of the favourites to medal at the Asian Games in Jarkarta.

“Japan and Hong Kong will also travel to the Rugby World Cup Sevens in San Francisco in July, with Sri Lanka and Malaysia in the Commonwealth Games this weekend.

“This elite rugby competition for our unions over the next few months means that the Asian Games in August and then our Asian Rugby Sevens Series in September/October, for men and women, are shaping up to be the best yet.”