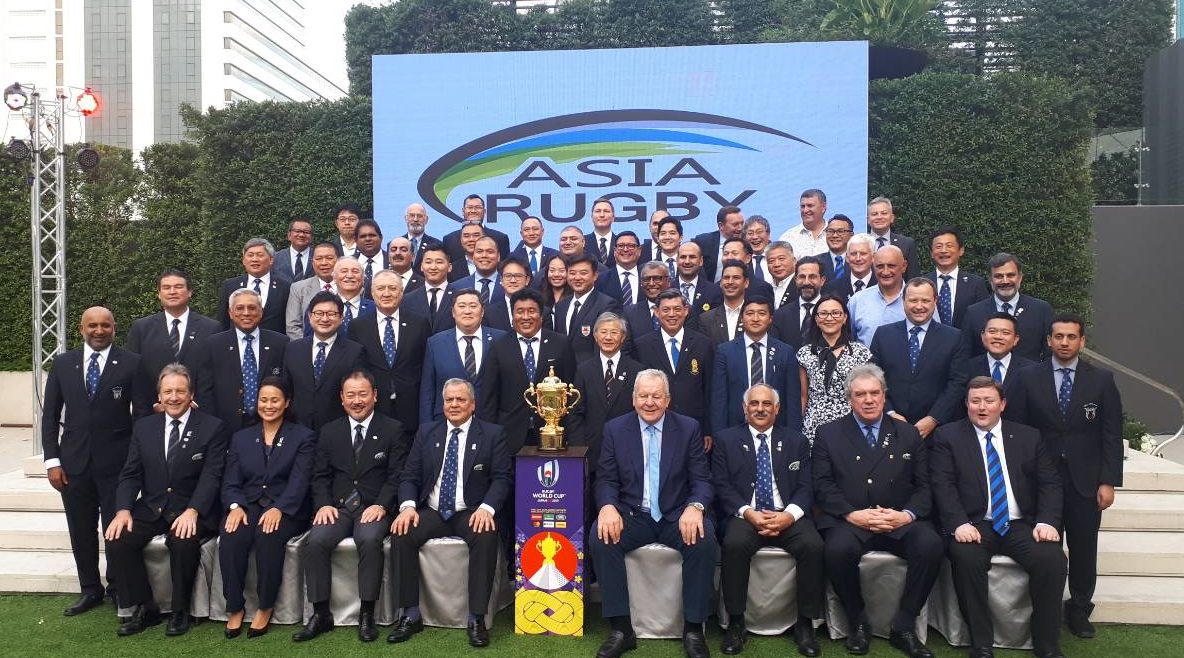 As Asia Rugby celebrated its 50th anniversary in Hong Kong, this year’s Asia Rugby Awards brought the curtain down on an historic year.

With the first-ever Rugby World Cup in Asia in 2019 and the Olympics with rugby sevens included also in Asia in 2020, Asia Rugby are proud to be at the heart of rugby for the next two years.

Singapore won the Women’s Championship Division I and in the sevens, UAE won the Asia Rugby Sevens Trophy with Malaysia recording victory in the women’s Trophy.

Hong Kong and China won the men’s and women’s Asia Rugby U20 Sevens and in perhaps one of the most memorable moments of the year China won the U18 Girls Sevens in India with Malaysia winning the boys version on home soil.

Hong Kong won gold at the Asian Games while Sri Lanka and Malaysia put on a good show at the Commonwealth Games.

The year was completed in Bangkok and Chinese Taipei with Singapore winning the U19 Division I and Hong Kong qualifying for next year’s World Rugby U20 Trophy with victory in the U19 Championship.

And to end the year Asia Rugby celebrated five awards. Operation Breakthrough is a Hong Kong charity set up by current and former police officers that uses sport as a means to help, rehabilitate and positively reinforce values in young people in our community, helping them to develop into responsible and positive thinking adults. Yoshiro Mori was also awarded with a special award, the Outstanding Lifetime Services to Rugby award.

The former Prime Minister of Japan and former President of the Japan Rugby Football Union has been instrumental in growing the game in Asia and more specifically in Japan with his enthusiasm and dedication culminating in Japan securing the hosting rights to Rugby World Cup 2019. His service to sport and society was recognised in 2017 when he was awarded the Grand Cordon of the Order of the Paulownia Flowers by His Majesty the Emperor Akihito, The Emperor of Japan.