The Philippines successfully defended their Division I title after a thrilling 29-21 win over Singapore.

Having beaten Sri Lanka in the semi-finals the Philippines were the favourites coming into the match but Singapore pushed the defending champions all the way.

It was a big victory for the Philippines, with captain Danny Matthews showing his pride at the full-time whistle.

A try that meant so much to @philippinerugby from Ned Stephenson! pic.twitter.com/alT6Qp0SaS

“I am so proud of the boys, this is such a huge win,” said the fly-half.

“It wasn’t the prettiest game of footy but we showed a lot of heart to get the win. All credit Singapore, they were excellent, I can’t say enough how good they were.

“Having two back-to-back games like this in quick succession was a big test and we showed immense determination to get over the line.

“It’s an important win for us. Our role as a team is to help with the development of rugby in the Philippines and to see the likes of Kingsley (Ballesteros) come off the bench is massive. 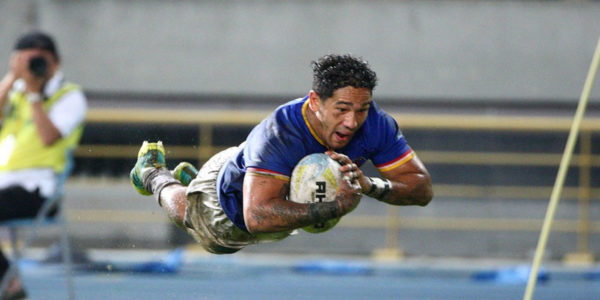 “He’s come through the ranks and so it’s so good to get this experience.”

The Philippines started brightly and after some good work in the backs both of their wingers, Justin Coveney and Ellis Rudder gave the Philippines an early 12-0 lead.

But Jonathan Wong, who showed incredible pace to score a length of the field try after a quick tap and go inside their own 22, reduced the deficit before a third Philippines try from full-back Patrice Olivier took the score to 19-7.

The Philippines penalty count grew and with Ishraf Marah in fine form, his four converted penalties helped Singapore reduce the deficit once moe to 19-16 midway through the second half.

However the Philippines backs once again capitalised on the space created by their forwards with Ned Stephenson calming his side’s nerves, before Erik Erikson added their fifth try.

There was still time for Wong to add his second but it was too little for Singapore who fell just short in the match.