The United Arab Emirates men’s and women’s teams impressed at the West Asia 7s Trophy 2021 tournament held in Doha, Qatar as they won bragging rights to the title in both categories.

UAE men beat a spirited Iran in the cup final by 38-14 while the UAE women’s team thrashed Qatar by a scoreline of 41-0 refusing to concede a single try. After a loss and a draw on Day 1, UAE turned the tide in their favour and maintained a near-dominant streak on the concluding day of the tournament.

Despite an unfortunate loss in the final, Co-captain of the Qatar women’s team Lauren Mudgway said that “I am happy to be back on the field.

The highlight of the tournament for me was playing our first game back. We didn’t play competitive rugby for two years, so the feeling of being together again as teammates and competitors is surreal.” Despite a slow start in the tournament, the Palestines men put on a commendable show as they made their first debut on Asia stage and showcased a decent level of rugby.

Even as Iraq women fell short of securing a win in the women’s category, Zina Saleem powered the team to their first-ever international try in their debut match against the hosts Qatar. Asia Rugby President Mr Qais Al Dhalai joined the players and officials over two days of action-packed rugby weekend and extended his best wishes to the winners and participants alike. “Many congratulations to the winning teams and to all participants for bringing out the best of their sportsman spirit.

We are happy to organize another international tournament on Asian soil after a successful U-18 Girls championship last month in Tashkent, Uzbekistan. 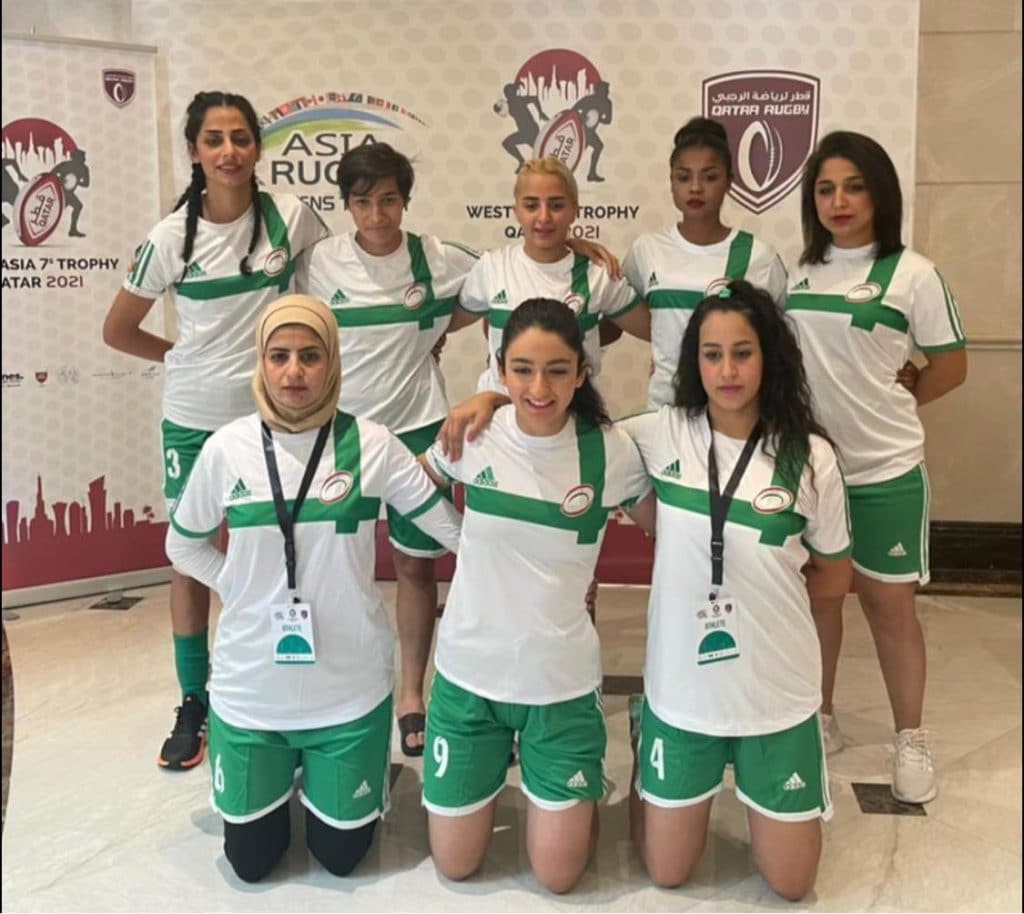 It is also a proud moment for us at Asia Rugby to be able to offer Palestine and Iraq a platform to ink history with their first international debut.”

The President also took time out to laud the efforts of various federations in ensuring an environment of safe play. “As Asia Rugby is devoted to the safety of players, officials and fans under all circumstances, we are continuously monitoring the health situation in the region while adhering to COVID-19 protocols”.

With continued cooperation from all our Asia Rugby member unions to our ‘Return to Play’ initiative, we are certain that Asia Rugby will conduct many more tournaments to further strengthen the principles of equality, transparency and accountability in all quarters of the game.”