Back to Full Schedule, Enthralling Year of Rugby in the Offering: Asia Rugby Releases 2023 Calendar

Asia Rugby published its full schedule for 2023 with over 22 international and regional events. The Asia Rugby Women’s Championship will be played in 2 tiers and constitutes a pathway to the long-awaited World Rugby WXV tournament. The top team Asia 1 will compete in WXV 2 and the runner-up in WXV 3.

August will see the sevens season kick-off with Asia Rugby Sevens Series – Round 1 on the 19th and 20th of August,  with all eyes on the pinnacle multiple-sports event in Asia the ASIAD. The rugby 7s event will feature 12 or 16 teams (ongoing discussion with the organizing committee), with all teams battling for treasured Asian Games silverware in Hangzhou China from 24th September to 26th September. The second round of the Asia Rugby Sevens Series will be played on the 28th and 29th of October. 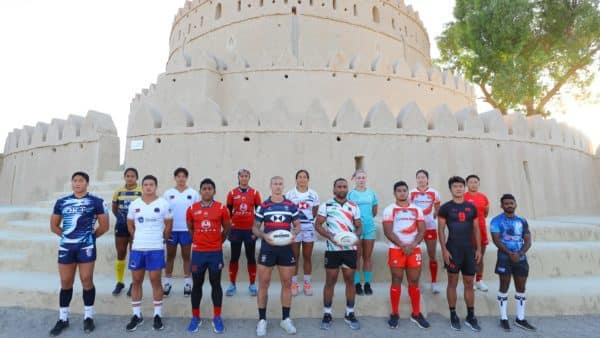 The fifth major sevens tournament hosted by Asia Rugby in 2023 will be the Asia Rugby Qualifiers for the Paris 2024 Summer Olympics as a stand-alone tournament for men and women.

The Asia Rugby schedule also includes both sevens and fifteens tournaments for age-grade teams, including Asia Rugby U20s men’s and women’s Sevens in November and the Asia Rugby U18s Boys and Girls in September.

Lastly, World Rugby’s prestigious premier HSBC 7s World Series, showcasing the talents of the best 7s sides and athletes in the world, will stage three tournaments in Asia – the Dubai 7s, the Hong Kong 7s and the Singapore 7s.

All Asia Rugby tournaments will be live-streamed in real-time and will be available free to air across the continent on Asia Rugby and its member unions’ social media platforms.