Guam Rugby Football Union (GRFU) was formed in 1997 as a Guam sports federation to help develop and host rugby when the island was chosen to host the South Pacific Games (SPG).

GRFU was recognized as a member of the Guam National Olympic Committee in 1996 and subsequently was accepted as a full member of the International Rugby Board (now World Rugby) in 1998.

Rugby had been played on Guam for many years by expatriates (largely from New Zealand, Australia and the United Kingdom) and military and returning Guamanians who had played the game in the mainland United States. Volunteer labor and innovative sponsorship saw the Guam Rugby Club (GRC) develop a rugby field at Wettengal Field in the early 1980’s.

SPG Rugby in 1999 (not surprisingly dominated by Fiji!) was the impetus for GRC to host an annual invitation rugby tournament which grew with the assistance and encouragement of the Hong Kong Rugby Union and Japan Rugby Football Union.

A Development Officer was employed in 2003 with the encouragement and assistance of World Rugby.  Rugby was introduced as a High School sports option in 2005 and is now also available in all Middle Schools. Japan Rugby’s Sakura Sevens Women’s team, currently ranked 11th in the world, were on Guam for an intense ten day training camp ahead of their ... Guam go up a level in ARC Div II Guam Rugby visited the Commonwealth of the Northern Mariana (CNMI) Island of Saipan recently to help raise the awareness of the sport. The ... Guam got their Asia Rugby Championship Division III East campaign off to a winning start, beating Brunei 66-12 on Tuesday. Two tries from Cory ... Guam captain Brian Ramiro is ready for his side to take on Brunei in the Asia Rugby Championship Division III East opening match. In a round-robin ... In the lead up to the HSBC Sevens World Series, Singapore Rugby hosted a number of workshops and World Rugby courses with a view to improving the ... 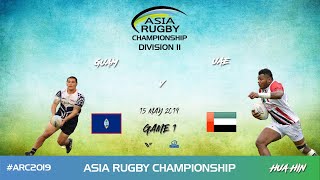 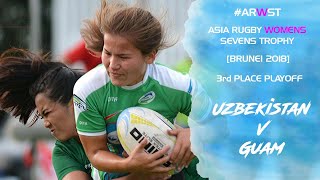