Rugby first began in Lebanon in 1995, the Beirut Phoenicians Rugby Club was created at the request of the British Consulate to play visiting teams from British Warships.

Beirut went on to tour Egypt & Cyprus and the first Lebanese team participated at the Dubai 7s in 1996.  Since then, rugby has gone from strength to strength in Lebanon.

The Beirut 10s has become a reputable tournament after being established in 2004.   Held annually, it attracts teams from across the region.  Domestically, a league of 5 teams plays regularly throughout the season and these clubs also combine to play the local UNIFIL Fijian, Irish & French forces.  We also have a strong schools and academy programme; we are committed to the development of youth players and run regular tournaments.

As popularity grew in Lebanon, the LRUF formed in 2009 and Rugby Union was recognised as a national sport.  The first international match was against Jordan in 2010 in Dubai and Lebanon gained their first victory, running out 27-8 winners.  Lebanon has completed in the Asian Rugby Championship every year since, going 3 years unbeaten, winning the division in 2013, 2014 and 2015.  2015 was also a milestone in the history of the LRUF as it was the first time the ARC was hosted in Lebanon.

Lebanon also competes regularly on the 7s circuit, winning the West Asia 7s in 2013 & 14, the plate at the Asia Development Series and competing on the big stage at the Asian Games, Arab Federation, and World University 7s.  The LRUF has also sent a Beirut Select team to Dubai 7s for the last 20 years and 2016 saw the first Ladies team compete, winning the plate!

The LRUF has a mission to develop and grow the game in Lebanon through grassroots, spreading the values of Rugby to “Unite Lebanon through Rugby”.  We have achieved a lot in our short history and have big ambitions to push further onto the Asian and World stage. Rugby Values Shine Through in Lebanon

Rugby Values Shine Through in Lebanon, Rugby is known as not only a sport but a culture that brings everyone together through its core values which ... At this year’s Asia Rugby Championship Division III West, it wasn’t just the senior side of Lebanon competing against Qatar and Jordan. As well as a ... Qatar beat Lebanon 13-10 in an enthralling winner-takes-all final of the Asia Rugby Championship Division 3 West in Doha. The win puts an end to ... Lebanon will take to this year’s Asia Rugby Championship Division 3 West aiming for a third consecutive title. Having beaten Iran 29-7 in the final ... Lebanon defended their Asia Rugby Championship Division III West title with a 29-17 victory over Iran in the final. Despite trailing 10-0 after 11 ... 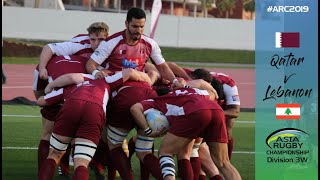 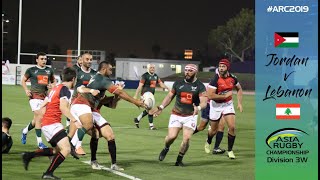