The Union is currently Suspended

The Sri Lanka Rugby Football Union is the governing body for rugby union in Sri Lanka.

It is one of the oldest governing bodies in the world, being founded as the Ceylon Rugby Football Union in 1908

At the meeting, Mr H. B. T. Boucjer (from Uva) was elected as Chairman with the representatives unanimously resolving to form the Ceylon Rugby Football Rugby Union and to apply to be affiliated with the English Rugby Football Union. The Ceylon RFU also resolved that Kandy be selected as the centre of the Union and that Mr J. G. Cruikshank be elected as Honorary Secretary. The Ceylon RFU became the first Rugby Union in Asia. It is one of the founding member of Asia Rugby Asia Rugby announced the inclusion of the Sri Lanka Men’s and Women’s rugby teams in the last two legs of the Asia Rugby Sevens Series, the teams will ... Asia Rugby announces the suspension of the membership of Sri Lanka Rugby: at an Extraordinary Sub Meeting of Asia Rugby Executive Committee (EXCO) it ...

At its meeting on the 9th of April 2022 in Phuket, Thailand, the Asia Rugby Executive Committee (EXCO) has discussed at length the contrary positions ... The Rolls-Royce of schools’ Rugby encounters in the Island, having begun in 1920, the game was transformed into a two-legged, shield encounter in 1945 ... Philippines and Sri Lanka to meet in U19 Division I finale

Philippines and Sri Lanka will meet at the Yongchuan Sports Centre in Thailand with the winner taking the Asia Ruby Men’s U19 Division I ... Sri Lanka Rugby has selected a 12 member squad for the Olympic qualifier that will be worked off on the 23rd & 24th of November 2019 at the ... 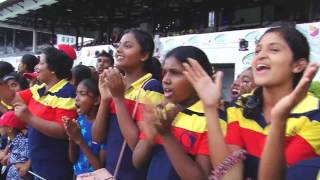 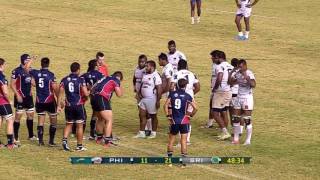