Natasha Olson-Thorne became the first Hong Kong player to score a try in a Rugby World Cup as her side went down 39-15 to Wales in Dublin on Thursday.

Hong Kong meant business from the outset and matched their more fancied opponents for the first 60 minutes, before fading late and letting Wales pile on three tries in the final quarter. 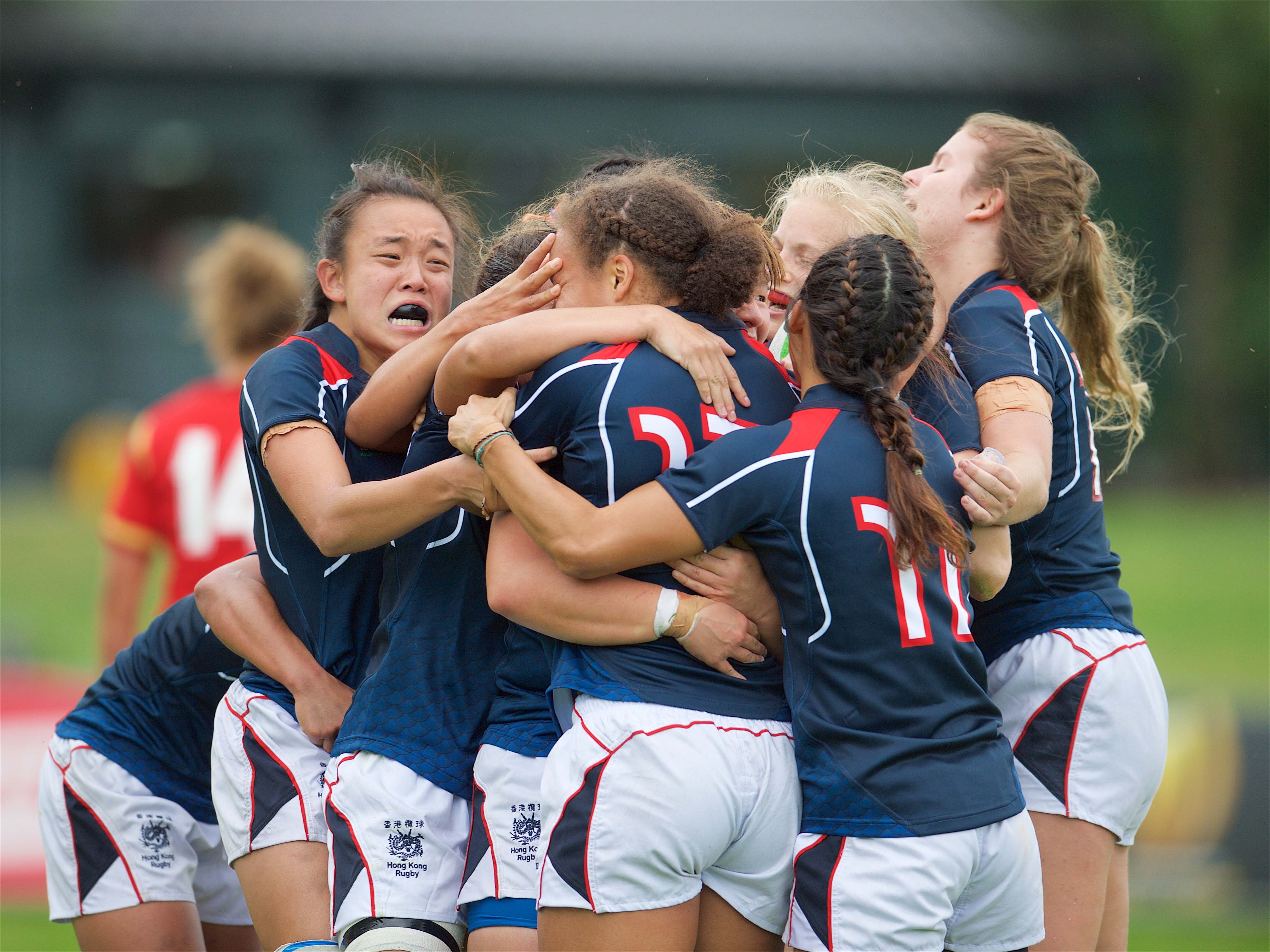 “We asked the players to bounce back, we had to make our mark today and I think we did,” Hull said. “We showed potentially what we can do with ball in hand. The first two games prepared us well for what Wales brought today.

“It was good to see a couple of tries and some nice goal-kicking from Rocky [Adrienne Garvey], it was really important for us today to come away with some points.”

Wales opened the scoring on 15 minutes with a try by No. 8 Shona Powell-Hughes, while soon after scrumhalf Keira Bevan was denied a try due to a knock on, keeping the score at 5-0 as the first quarter of the match ended.

Hong Kong surged forward from the resultant penalty and eventually earned their first confirmed scoring opportunity of the tournament, with fullback Garvey slotting her side’s first points from the tee on 22 minutes. 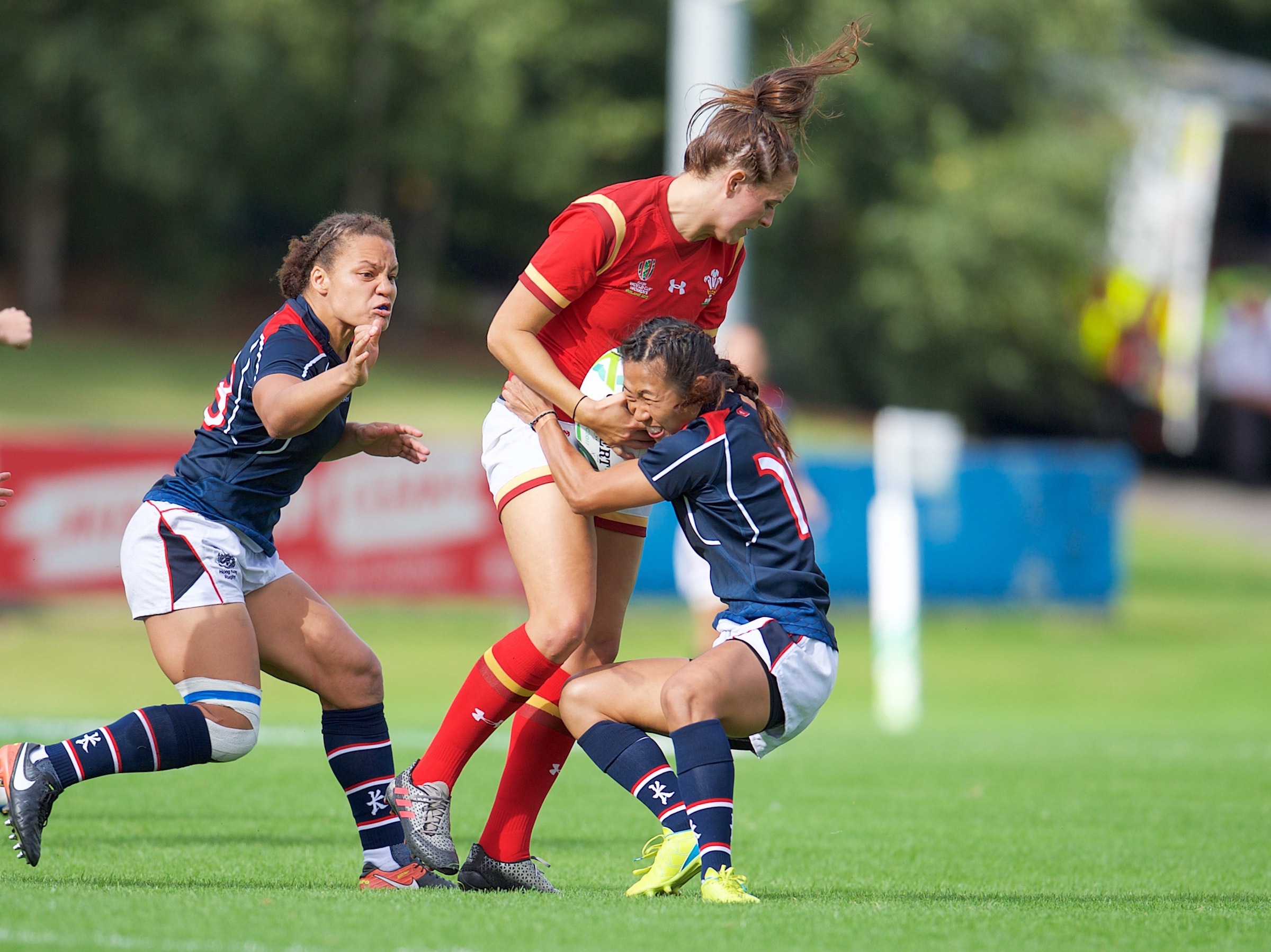 Olson-Thorne made Wales pay for Lillicrap’s indiscretion, shrugging off one tackler and eluding another to dot down for Hong Kong’s first try of the tournament. Garvey was again on target from the tee to hand her side a 10-5 lead after 30 minutes.

With the crowd behind them, Hong Kong had all the momentum and were, for the first time in the tournament, looking the more dangerous side.

Wales turned the tide, however, crossing twice via clever cross kicks to take a seven-point advantage into half-time.

After the break Hong Kong fought back to within two points through a try in the corner to winger Chong Ka-yan, but Wales’ Jess Kavanagh-Williams broke through to restore her side’s advantage, 22-15. It was all Wales from there, with Hull highlighting a number of areas she intends to work on ahead of the second stage of the tournament in Belfast next week.

“We’re not getting ahead of ourselves, we still lost and it was still a disappointing result so we will have a look at that and how we can improve moving forward.

“There are still areas we need to work on. We made quite a lot of errors that gave them opportunities to score. We need to be more accurate in our attack because we had some attacking phases there and momentum but unfortunately we made some errors under pressure.

With her side set to face Spain on Tuesday, Hull hopes they can keep building on the legacy they have created in Ireland so far.

“I was pleased with our defence and we did well at the breakdown and that was a key focus for us going in against a very strong and physical Welsh team.The crowd have just been phenomenal and I hope we are winning the hearts and minds of people because of the bravery that we are showing out there.

“Agnes [Chan Tsz-ching] did very well today, she caused a lot of problems. Rose [Hopewell-Fong] had a good game at 10, she controlled it and did some pretty good kicking there. Obviously having Rocky back also really helped with her experience and physicality.”

At the top end of the draw, New Zealand, England, the USA and France are through to the semi-finals, while Canada, one of the pre-tournament favourites, missed out.