Asia Rugby confirmed the commencement of the year 2021 competitions with Hong Kong hosting the Asia Rugby Women’s Championship (ARWC) which was initially scheduled for 2020, the championship will also be considered as the qualifiers for the Rugby World Cup 2021 scheduled for September 2021  in New Zealand.

The WRWC 2021 qualifiers will feature Hong Kong, Kazakstan and Japan with the winners awarded Asia’s direct spot into and placed in Pool B alongside Canada USA and Europe 1.

Another highlight of the year will be the Asia Rugby Men’s Championship (ARMC) which is a qualification pathway tournament for the Rugby World Cup 2023 in France, with Japan already securing a spot after reaching the Quarterfinals in the 2019 Rugby World Cup.

The winner of the 2021 ARMC will play Oceania 2 in a one-off game which will be hosted by the team with the highest ranking, with the winner securing a direct spot in the RWC 2023, and the loser going to the final qualification tournament.

The ARMC is scheduled to be played in a home and away matches that are planned to start on the  5th of May at the Namdong Asiad Stadium, Incheon in South Korea until 26th of June at the Hong Kong Football Club stadium in Hong Kong.

The iconic Asia Rugby Sevens Series is scheduled over 3 legs, with the series being played in South Korea, China and Sri Lanka, from August to September. The Asia Rugby U19 Men’s Fifteens Tournament being postponed from 2020 to commence on 31 March 2021 will serve as the pathway to the Junior World Trophy 2021, featuring Chinese Taipei, South Korea, Sri Lanka, and Hong Kong.

Asia Rugby Competitions Committee has been engaged constantly with unions in planning the 2021 Competitions Calendar and continues to work closely with the Player Welfare and Medical Committee and relevant stakeholders to monitor the updates and effects of the COVID19 pandemic,  ensuring that the competitions are held with all relevant safety measures in place.

Asia Rugby President, Mr Qais Al Dhalai said: “We are very excited about the Return of Rugby across Asia,  some of our unions have already kicked off their domestic tournaments and it’s the time now for international rugby as well” 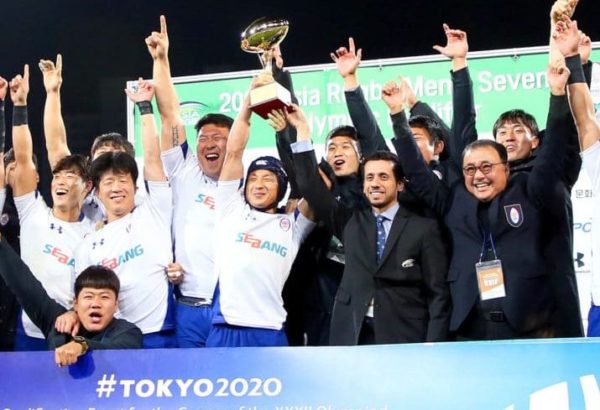 He added “Asia Rugby is fully committed to the health and safety of players, fans and everyone working on the events which will always be our top priority and will keep monitoring the region’s health situation closely to implement the ideal protocols. As always, Asia Rugby will ensure that it’s longstanding guiding principles of  Equality, Transparency and  Accountability in all aspect of the game are fully exercised across the region” He further added, “Asia Rugby has also explored various innovative opportunities aiming at serving its member unions and fans in the forms of Beach Rugby, and Snow Rugby”