Rugby India, founded in 1998, is the sole governing body for the sport of Rugby in India. Recognised by the Ministry of Youth Affairs & Sport, Govt. of India, Rugby India is a full member of World Rugby, Asia Rugby and the Indian Olympic Association (IOA).

The body is responsible for the growth & development of the sport of Rugby across the country from the grassroots to the high-performance level.

Rugby, besides being included in the School Games Federation of India (SGFI) for various age-groups (boys & girls), is also part of the Services Sports Control Board (SSCB) and played by the Paramilitary & Police Forces.

Rugby in India has a rich history and heritage and dates back to 1872. However, only over the last decade has the sport seen a major rise in following and Rugby India has been instrumental in garnering this interest across the country.

There has been a significant growth and increase in participation numbers and currently, within India, over 120 Rugby Clubs are affiliated to our State and Districts Associations with competitive Rugby, for both Men & Women, being actively played across 24 States in India Asia Rugby Under 18 Girls Return to Play in Tashkent

Asia Rugby announced the schedule for the Asia Rugby U18 Girls Sevens tournament. Host Uzbekistan will be joined by Kazakhstan, India, Kyrgyzstan ... A charity that promotes rugby across India in impoverished communities saw off fierce competition from three incredible causes in Friends of Rwandan ... Jessica Eden scored two first-half tries to help Hong Kong to a 29-7 victory over Thailand in the final of the Asia Rugby U20 Women’s ... India’s women claimed an historic first-ever international 15s victory with a 21-19 win over Singapore. In an enthralling match, India scrum-half ... Rugby India today announced the 26-member squad for the Indian Men’s Rugby XVs team who will represent India at the Asia Rugby Championship at ... Hosts Philippines narrowly overcame India 32-27 to set up a final against China in the Asia Rugby Women’s Championship Division 1. In an ... 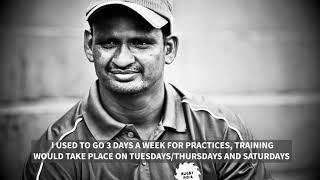 Inside Asia Rugby: Rehmuddin Shaikh – from slums to rugby 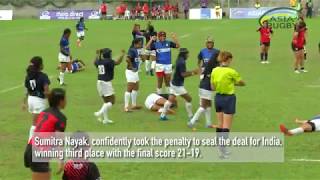 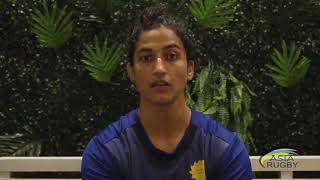 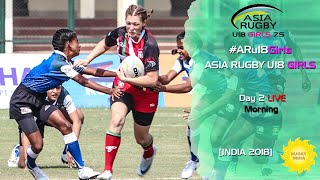 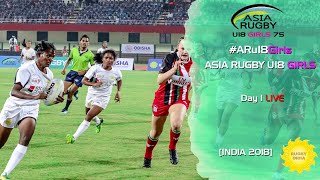